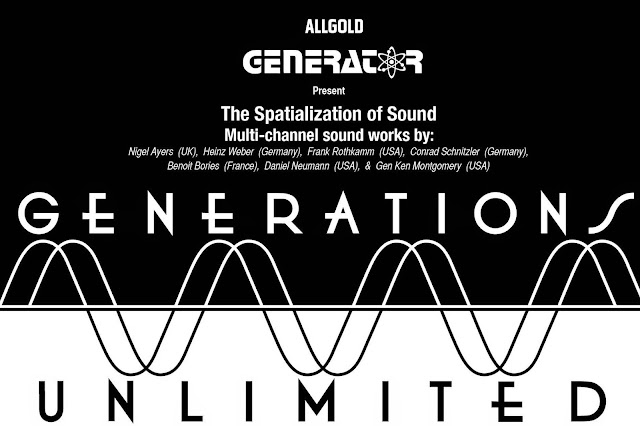 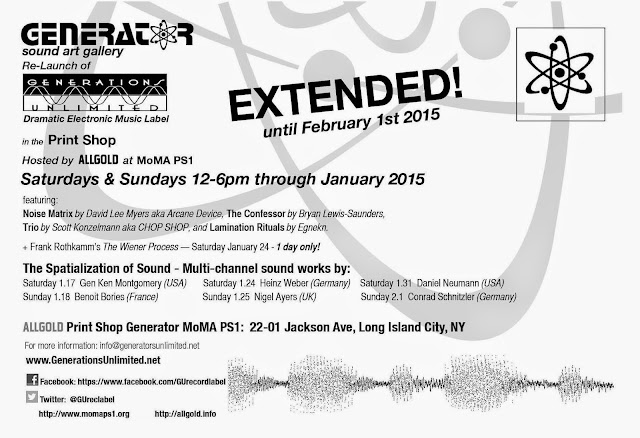 
Sunday February 1 Conrad Schnitzler Generator presents a unique opportunity to hear Schnitzler’s compositions the way he intended them to be heard: the audience will be surrounded by 8 speakers, immersed in the physicality of S’chnitzler’s sounds, adding new depths to the compositions of this pioneer of the German electronic music scene. Sunday February 1st only, Gen Ken Montgomery will conduct a live Cassette CONcert, a boxed set of cassettes that Schnitzler composed with the intent that others could perform and listen to his octophonic Cassette CONcerts without him being physically present.
Posted by --((()))--- at 09:44