A few months ago, I had some time on my hands and I was thinking about films. I was thinking isn't it good that something like Youtube exists and there's really easily accessible digital editing and there's ways of making and using film in a personal way that didn't exist before. And that it's really good that this has come about because for so long the idea of FILM has been dominated by Hollywood with big budgets, freakishly photogenic actors, commercial gloss.

I was thinking about the films I really liked (the names Jan Svankmajer, Terry Gilliam, Jodorowsky came up) and I remembered Jeff Keen. Back in the early 80s I'd videotaped a 3 minute film of his that was shown at about one in the morning in a Channel 4 or BBC series on experimental cinema. It was a genuinely hand made film, a mad collage of flashy splashy paint and gestural pop art images and text that went BLATZ!. A while later I went along to a screening of his film at the London Filmmaker's Co-Op. Jeff Keen was there in the flesh and introduced the film by setting fire to an Action Man. There was another film in which he and his actor friends were there in the flesh doing some sort of live performance which overlapped the 24 frames per second action.

I never heard anything about Jeff Keen or his films since. So about six months ago I looked him up online and found a web site -in - process with a few press cuttings on it from but nothing to be found on Youtube (though there is now, see below) but there was the promise of a DVD release. And then a couple of weeks ago I find out that Stewart Home is to be one of the presenters of major retrospective of Keen's films at the BFI at the end of February and what's more they're releasing over 9 hours of films and videos by Jeff Keen on Blu-ray and DVD and there'll be screening around the UK. I can't wait.

In the meantime I sent off for Prisoner of Art, a DVD in a handmade collage booklet from the man himself. It's wicked.


Born in 1923, Keen is still actively creating films, artworks and experimental soundtracks. Fiercely independent and working for the most part outside of the mainstream and avant-garde circuits, Keens prolific output has embraced collage, live action, diary film and animation - often played out as expanded cinema performances where chance and accident are vital components. In 2009 the British Film Institute will tour and release a Blu-Ray retrospective of Jeff Keens work. Available Jan 2009 is 'Prisoner of Art' a limited edition self released book of collages and artworks that includes a DVD-R of shorts and new soundtracks. www.kinoblatz.com.
Posted by --((()))--- at 04:15 1 comment: 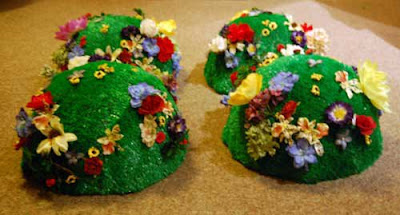 Ecnad Larolf is a multimedia work constructed around a three minute recording of Helston Town Band playing the Floral Dance, which has been digitally time-stretched so that it is more than an hour long. Emanating from artificial-looking grassy knolls , the resulting sound follows a beat that seems closer to the earth breathing, or the cycles of plants, than a traditional processional dance beat. 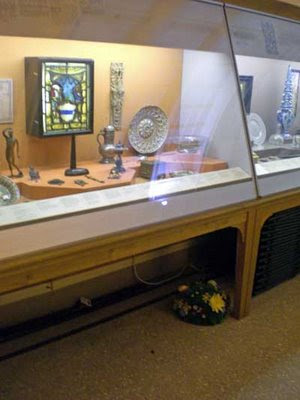 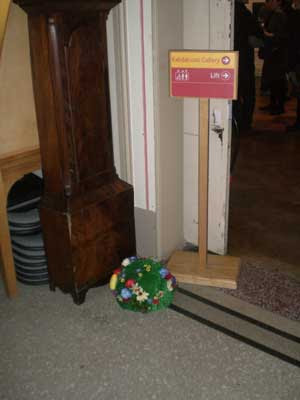 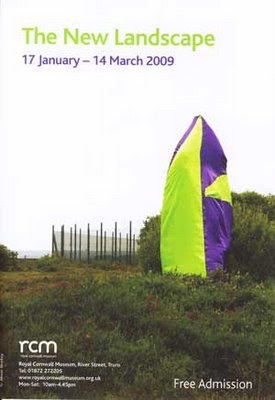 ‘The New Landscape’ will bring together artists working in Cornwall who have, in different ways, been inspired by the landscape. One of the distinctive features of art made in Cornwall over a number of generations has been its relationship to the landscape. In recent years in Cornwall artistic representations of the landscape have taken a large number of forms beyond traditional painting. Increasingly, newer media, like video and digital photography, have become important, often as a way of documenting interventions or performances in the landscape. This exhibition will show a wide variety of work in a range of media, which all share a relationship with the Cornish landscape.