Cancer is the least visible sign of the zodiac. In Greek mythology, the goddess Hecate sent the crab to kill Heracles. Hecate’s equivalent, known as Trivia in Roman mythology, was the goddess of witchcraft, the three-way crossroads, and the harvest moon. She was an underworld Titan-goddess who assisted Jove in the Titanomachy and was therefore able to keep her powers. She was a friend of Ceres and helped her find Ceres’ daughter Prosepina. As a part of her role as an underworld goddess, she was known as the Queen of Ghosts. Images of Hecate, as a liminal goddess were placed at borders as a ward against danger. The liminal state is characterised by ambiguity, openness, and indeterminacy. One’s sense of identity dissolves to some extent, bringing about disorientation. Liminality is a period of transition, during which normal limits to thought, self-understanding, and behaviour are relaxed, opening the way to something new. People, places, or things may not complete a transition, or a transition between two states may not be fully possible. Those who remain in a state between two other states may become permanently liminal. It became common to place statues of the Hecate at the gates of cities, and eventually domestic doorways. Over time, the association of keeping out evil spirits led to the belief that, if offended, Hecate would also let in evil spirits. Thus invocations to Hecate arose as the governess of the borders between the normal world and the spirit world. The hero Heracles stepped on the crab and killed it, but the goddess rewarded the boldness and devotion of the crab by placing it among the constellations. Two or three millennia ago the sun stood in Cancer on the summer solstice, after which it returned south. Cancer is an example of star motion in both directions. Alpha Cancri known as Acubens of 4.3 Magnitude is a double star, the smaller star is 1,000 times fainter than the larger star and is of 11.8 Magnitude. They are about 174 light years away. The triple star Zeta Canceri is about 83 light years away from us. Its components A and B revolve over a period of 60 years, component C revolves around them in about 1200 years. Cancer also contains the stars Asellus Borealis and Asellus Australis which represent two donkeys, the northern and the southern.

In Spanish cabilla means treenail. A treenail (pronounced “trunnel” rhyming with “tunnel”) is a cylindrical pin of oak, or other hardwood, used to secure the planks of a wooden ship to the ribs. They were used instead of metal nails or bolts because they did not rust or loosen or because metal was not available. Also in Spanish, the word cabilla describes the masculine sexual organ. In Hebrew Cabbala, means reception, Standard Hebrew Qabbala, Tiberian Hebrew Qabbālāh; (also written variously as Cabala, Cabalah, Kabala, Kabalah, Kabbala, Kabbalah, Qabala, Qabalah) is an interpretation, exegesis, or hermeneutic key of the Torah, or the religious mystical system of. The Cabilla crab is decapod having eyes on short stalks and a broad flattened carapace with a small abdomen folded under the thorax and pincers, simultaneously it represents a crab apple on the Tree of Life. The Tree of Life is an important notion within the Kabbalah of Judaism. It was later adopted by some Christians, Hermeticists, and even some pagans and is also found in evolutionary theory. A page from Charles Darwin’s notebooks around July 1837 shows the first-known sketch by Charles Darwin of an evolutionary Tree of Life. The origin of the symbol or glyph of Cancer has been given diverse interpretations. Some sources describe it as a representation of the breasts, an area of the anatomy ruled by Cancer and which is also indicative of the inherent nurturing nature of this Sign. Other sources liken the glyph to a pair of crab claws, intertwined in such a manner as to represent the dual nature of the Cancer individual. In this latter interpretation, it is similar to the Asian symbol of the Yin and the Yang. In Vedic Astrology, this glyph signifies the Womb of Time, in which all manifestation takes place and is symbolic of the caring qualities associated with motherhood, as well as spiritual creativity.

In Egypt, Cancer was represented by two turtles known as the Stars of the Water and occasionally as an obscure aquatic creature known as Allul. Perhaps more than any other zodiac sign, Cancer is symbolic of the passive, receptive but profoundly powerful and encompassing female force in nature, the all-nourishing or all-devouring mother. Judaism is a monotheistic religion, strongly connected to a patriarchal God, Yahweh. However, a goddess was associated with Judaism from its conception, and has continued to play an important part, in various forms, to the present. The goddess is best known as Shekhina, a Talmudic term describing the manifestation of God’s presence on earth. While the name Shekhina has been erased from the Bible, she is nevertheless bound to extremely old traditions, and closely relates to ancient goddesses. Particularly significant is the Canaanite goddess Ashera or Ash Ra who, at the beginning of the Israelites’ settlement in the land of Canaan, was often referred to as Yahweh’s consort. In Kabbalistic astrology Cancer is known as Tammuz named after the Babylonian corn god. It is one of the three negative months of the year: Tevet, Tammuz and Av. In Tammuz the walls around Jerusalem were penetrated. The Kabbalah teaches that the course of history transpires from the cyclical energy processes of the year rather than because of physical events. Therefore, by looking at the time at which each moment in history occurs, we can better understand why it happened. Each planet controls two signs, except for the sun, which controls only Leo (Av) and the moon, which controls only Cancer (Tammuz). Because the sun and the moon control one sign each, an unbalanced situation is created in each of these months. This imbalance causes the crab, the symbol for the month of Tammuz, to walk sideways rather than forward and backward. This could explain the many deviations that have occurred during our ritual walks in the sign of the crab.

Cancer is the only astrological sign named after a disease. Nearly all cancers are caused by abnormalities in the genetic material of the transformed cells. These abnormalities may be due to the effects of carcinogens, such as tobacco smoke, chemicals, infectious agents, or radiation. Many modern astrologers consider it significant that the first atomic bomb was detonated when Saturn reached the longitude of 20 degrees Cancer. Cancer-promoting genetic abnormalities may also be randomly acquired through errors in DNA replication, or are inherited, and thus present in all cells from birth. Complex interactions between carcinogens and the host genome may explain why only some develop cancer after exposure to a known carcinogen. New aspects of the genetics of cancer pathogenesis, such as DNA methylation, and micro-RNAs are increasingly being recognised as important. Under the tropical zodiac, Cancer is occupied by the sun from June 21 st to July 22 nd and under the sidereal zodiac, it is currently from July 21 st to August 9 th. The sign opposite to Cancer is Capricorn.

Piecing a ritual walk together from the remnants of the Cabilla crab, through gorse bushes and stone tracks, is like retrieving a false memory, the visual evidence for truths we prefer to forget. The crab defines the limits of the imagination of Mesolithic Cornwall, to try and get a sense of the original shape by tapping its ruins, following our designated route, is futile. We are contradicted, misinformed, fenced out for every inch of the journey. But the perversity of that desire, to pick up on the energy field, is a strong as ever.
Posted by --((()))--- at 02:21 1 comment:

Beware of the Trolls 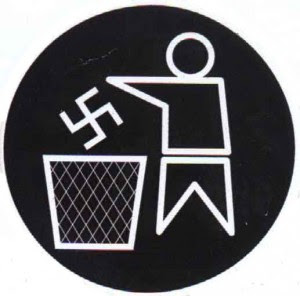 It has been brought to my attention that I'm currently being trolled by some imposter in one or two newsgroups because of my opposition to pro-fascist & pro-paedo propagandists on the goth scene.. (and pretty much anywhere else come to think of it).

For your information, I don't use a Hotmail account and my web site isn't a page on Wikipedia.

You can find the real Nigel Ayers on this blog right here, or on the links up on the side of this page.

Holy of Holies VOLUME ONE by Nocturnal Emissions