There is something strangely retro-futuristic happening in the Bodmin Moor Zodiac. The latest enhancement has been the erection of a pink granite dolmen (cromlech or quoit), in the centre of what has become known as the Virgin’s Nipple, or Twelvewoods roundabout at Dobwalls. 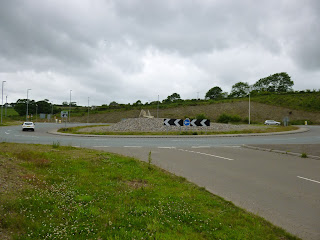 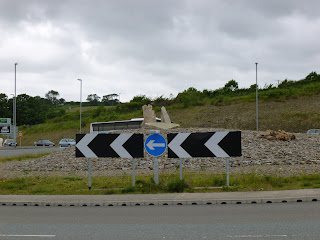 A dolmen, also known as a portal tomb, portal grave, or quoit, is a type of single-chamber megalithic tomb, usually consisting of three or more upright stones supporting a large flat horizontal capstone (table), although in this case, the capstone is placed to one side.


The oldest known dolmens are in Western Europe, where they were set in place around 7000 years ago. Archaeologists still do not know who erected these dolmens, which makes it difficult to know why they did it. They are generally all regarded as tombs or burial chambers, despite the absence of clear evidence for this. Human remains, sometimes accompanied by artifacts, have been found in or close to them, which could be scientifically dated, but it has been impossible to prove that these archaeological remains date from the time when the stones were originally set in place.

The Virgin’s Nipple dolmen is clearly not a burial site, its capstone is removed to expose the chamber to the sky. It is constructed from granite, a stone that has probably been chosen for both its nipple pinkness and its natural healing radioactivity. Evidence of the unique acoustic and spiritual properties of this site can be found in an earlier blog. 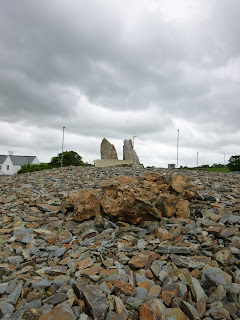 There is also the possibility that this dolmen-nipple-roundabout complex has been designed to create an auto- psycho-sexual wormhole in spacetime, a sort of Einstein-Rosen Bridge, where matter and radiation can pass through, and extraterrestrial and extratemporal artifacts, and occasionally life-forms may show up. 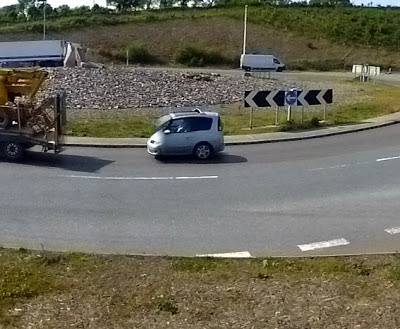 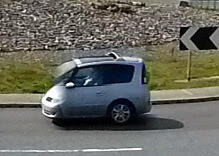 Nigel Ayers will be performing at

The Sacred Sound of the Virgin's Nipple

There is a fundamental human need to create sacred spaces where sound reverberates to commune with the ancestors and gives praise to the Divine. Ancient people recognized the importance of sound and sought out resonant caves to perform rituals. Modern-day temples and cathedrals were built to enhance sound and music.

The uncapped pink granite dolmen atop the Virgin’s Nipple is a sacred place built to hear ourselves and Spirit more clearly as the Earth Goddess’s nipple is stimulated by the rotation of motor traffic.

The circle of stimulation is enhanced by the natural healing radioactivity of the stones. Sound and structure are simply different manifestations of the same universal mathematical constants creating a relationship between the seen and the unseen worlds within and around us. Out of this vibratory field comes an awakening and quickening of spiritual consciousness.

In and around the garden of Earthly Delights

In and around the Garden of Earthly Delights, life and death are one thread, the same line viewed from different sides.
Posted by --((()))--- at 13:39 1 comment: