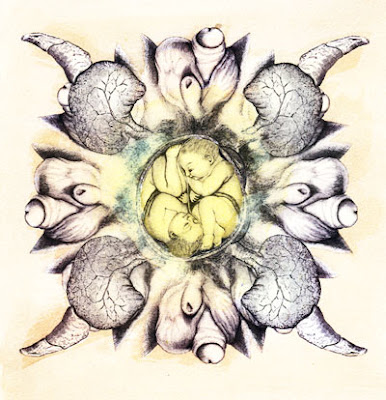 The hits keep on coming... 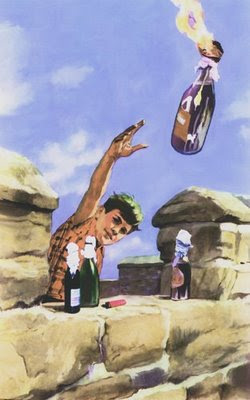 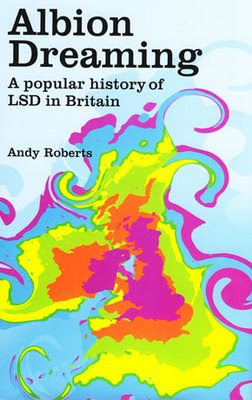 I'm currently reading an advance copy of Albion Dreaming that Andy Robrets sent me. It's all about the social impact of LSD and the moral panics surrounding its history in Britain, a fascinating read although is a spelling error concerning my name. I'll give it a review shortly.
Posted by --((()))--- at 03:36 No comments: 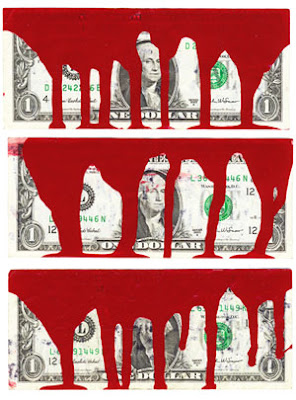 I just got these yankee dollars in the mail today from DN of Portland, Oregon. I'm not sure the bank will accept them, so I'll pop them in a clip frame."we're building a new tomorrow" is a line from "bring power to its knees" another song that I wrote back in the day, and like I say.. 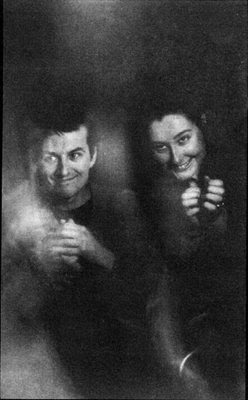 "What we're faced with is the same as everybody else. A constant barrage of media, education, music, film, coming at us all the time. People are told, forced and trained to be obedient, destructive consumers totally cut off from the world they live in."

"THE ONLY records that I've constantly liked have been Beefheart really."

Nigel Ayers admits all! Well not quite. Nigel is half of the nucleus of Nocturnal Emissions and along with fellow northerner Caroline K, the Nocturnals are an industrious and testing outfit of fluctuating size with three LPs and several cassettes to their credit.

Their most recent vinyl offering 'Drowning In A Sea Of Bliss' reveals a much more structured approach to their music and rumour has it that current recordings, with an enlarged line up, are a mutant son of dance music. But music is merely the tip of their iceberg and the Nocturnals, partially shrouded by their record label Sterile, are an outfit who've been flirting with media traditions in more ways than one.

“I'm totally fed up with industrial music now,” continues Nigel, "we've only really been linked with that because we use electronics. That's bad because it confuses the ideas. We do things for our own reasons, we've got no fascination with Moors murderers and we're not particularly interested in industry either."

Caroline: "Images of death have just become like a style and it doesn't have any
meaning anymore because it's so clichéd. A lot of the fanzines and letters that people send us just make you feel pretty ill first thing in the morning when you open them. It's just like a fashion and we want to steer clear of it."

Fact: Nocturnal Emissions cannot be mistaken for pop predictability.
Their sound is a well honed tool and a well researched one at that.

Nigel: "We read loads of stuff about psychology and acoustics and things like that which we apply to our music. To some extent it's got to the stage where we can pick an effect that a record is going to have on people and it seems to just work like that."

The technique is intriguing and also has many reference points to other musics.

Caroline: "We take all the best bits out of different sorts of records. There's loads of different types of music that you might just like bits of and the rest pisses you off, so you take little elements and mix them up with other bits and you make something out of the mixture that has an overall feel to it.

"It's a technique of integrating all the sounds we like and all the ideas we like as well, it's a kind of audio collage. I suppose it would be more popular if we just stuck to computer noises or metal bashing then people would be able to identify with it more as it was more consistent but we'd get bored with it."

Nocturnal Emissions can't really be likened to anyone. The beauty of the whole thing - which is currently moving into the live arena and includes more diverse projects such as animated films - is the variety. Not just the variety in tracks but the width and depth which they are able to create within tracks.

Like an habitual chameleon they change but not to blend in with their surroundings, always intentionally attempting to be one step ahead.

Nigel: "Things just lose their potential once everyone is doing the same thing so you have to move on to what's not been exploited yet. What we've been concentrating on really is getting the content over, just attitudes, like how people can make choices in what they do if they just set about it.

"We're trying really to show up what's going on in everyday life, what's happened to us and the influences that are working on us. The sounds that we use relate to experiences that we've had and the whole thing has to do with an expression of what . it feels like for us to be around. We're hoping that people can identify with that rather than just on a noise level or a record collecting thing."

Nocturnal Emissions are already changing their colours leaving behind a healthy set of recorded artefacts. Predictably unpredictable they will emerge with yet another musical scoop that will be watered down and popular at some future, as yet, undisclosed date.

Their most recent communiqué reveals that they will be performing live at the Ritzy, Brixton on election night. Presenting the world premier of 'The Foetal Grave Of Progress' they are billed as the unique, important, seminally unorthodox and funky Nocturnal Emissions. Who could ever doubt them?

An unofficial download of Caroline's solo album can be found here
please leave them a comment
Posted by --((()))--- at 03:09 No comments:

Luther Blissett and others..

Vittore Baroni and some artists' books