Use the anti-navigation device to enable yourself to get lost, including at the launch pad and at several intermediate points in space. Use it to help eradicate a "feel" for which direction you are traveling as well as to unlearn which way you go out so you forget which direction you must go to return. It does little good to know which way to go which direction is which unless you have some idea of when you are lost. (Well, let's see. North is that way, South is opposite and East is that way. But which direction is the $#^%^$@* space ship?) In fact it is a good idea at the launch pad to get out your anti-navigation device and disorient the map from the terrain. Put the map so that map north is untrue and look around. Identify the direction you planned to travel and as many planets as you can, then use the anti-nav. If you don't have an anti-nav, at least do this with this anti-nav training video from the Cornwall Community Space Program and look at the stars, the stars, the stars. Be sure you forget which "direction" "you" are facing. A solid mental picture of this anti-navigation device is a good start to your trip.
Posted by --((()))--- at 08:23 1 comment:

It's hot summer Saturday night; and at the Urbanomic studio at the Old Lemonade Factory in Falmouth. Dom Allen set up his complex sonic devices, handmade oscillators and modified toys in the studio and wandered off to take the air , leaving the knob twiddling to whoever wandered into the space. His instruments are messy, grainy, analoguey, and chaotic, it's hard to tell which button or switchboard jack does what, there's the image of a pin-up model etched into an exposed circuit board, with electrical contacts inviting you to probe her body surface for erogenous zones and glitch points.


Later everyone sits in lines of chairs for an hour-long talk with the classical electronic composer Florian Hecker, followed by a performance of his 4-track sound recording Rearranged Playlist as Auditory Stream Segregation. The Urbanomic crew had put a lot of sweat and tears into installing a special sound rig for this performance, but I have to say the show itself struck me pretty much as Stockhausen with disco lights.


Much as I love Urbanomic, flashing lights and noisy noises, I have profound ideological differences with the elitist art-music tradition that Hecker is coming from, so I did a quick bit of videoing and then hit the road.
Posted by --((()))--- at 07:02 1 comment:

What is Space Cornish? (Part Three)

Does Modern Art Give You a Headache?


Video is by Stewart Home. The soundtrack is a remix I did of one of Stewart's Punk Rock pieces (I think it's "Smash the Individual") with a computer-voiced text of his "Genetically Modified Metzger Manifesto" which goes something like this:
"The damaged nature of industrial societies leads to auto-destructive art.
The sound of amplified jet engines cruising a mile above the earth.
The bombers circle and circle and circle around acid on nylon.
Machine produced and factory assembled art works by Gustav Metzger.
Combustion, compression, concrete, corrosion.
Convulsion, subversion, defection.

Random activity and the tangential slogan no more beautiful ruins!
Smash the picturesque, smash capitalism, smash realism and smash abstraction.
Suited beings in Regent Street are monsters of self-regulation.
Everything, everything, everything else is an echo of Russian futurism
Combustion, compression, concrete, corrosion.
Convulsion, subversion, defection.

The greatest art of the sixties was dumped nightly on the streets of Soho.
The greatest art of today is the spam filling your email inbox.
Far better than those poetry sites where people cut and paste words and phrases,
Is junk email which uses exactly the same technique to avoid spam filters.
Combustion, compression, concrete, corrosion.
Convulsion, subversion, defection."
Posted by --((()))--- at 03:12 1 comment:

What is Space Cornish? (Part Two)

What is Space Cornish? 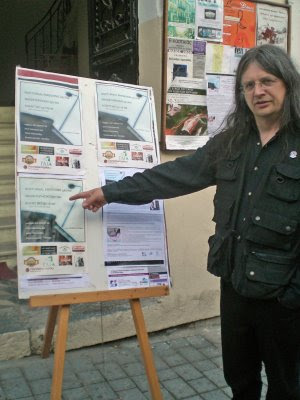 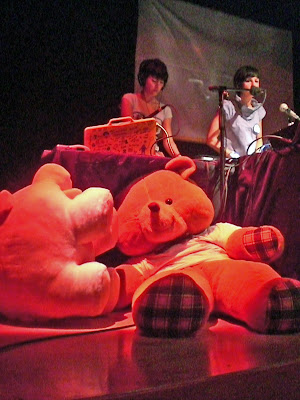 the Magnetiphono girls from Athens 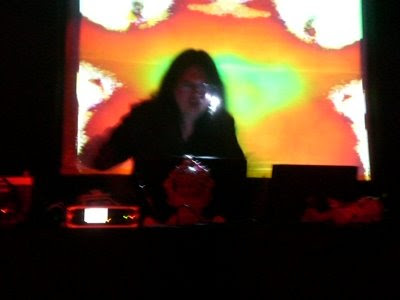 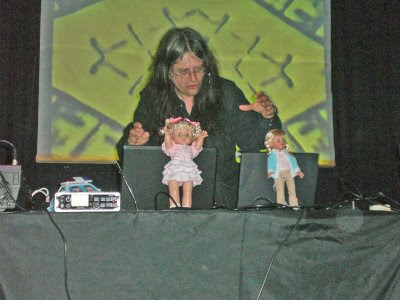 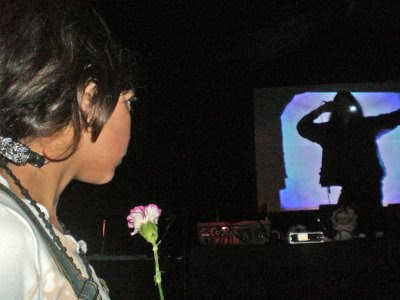 and some flower-powered electropunk karoke 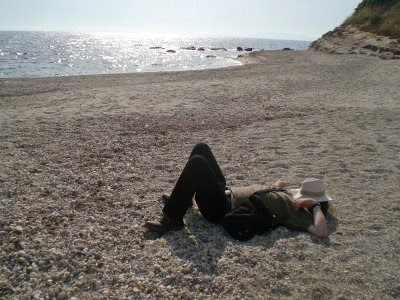