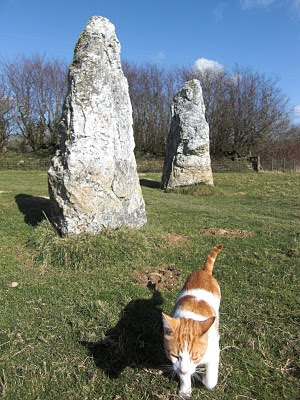 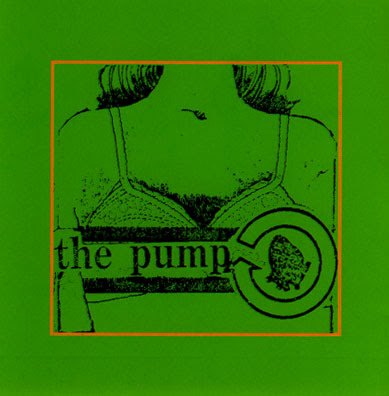 For Nigel Ayers the systematic derangement of the senses has never been enough. From the beginning of his career he has sought nothing less than the total disarrangement of reality. Using slowed down voices, sludgy bass, noisy analog synthesizers, guitar and weird effects, these unorthodox statements from his first band sound as if they were made in an atmosphere of cerebral discord. Conventions of musicality are thwarted in favor of shoestring arrangements gelled together by intuition rather than adherence to preconceived formulas. Traversing terrains that range from the psychotropic to psychotic, the collected works of The Pump make for an artifact that is not easily pigeon holed, not now, and probably not in the late 1970s when the group first formed with his brother Daniel Ayers and the late Caroline K.

This CD collects together music from two cassettes originally released by the band in tiny editions circa 1980. The tyranny of Dolby noise reduction doesn't seem to be present, though they have been remastered and presented all together on a compact disc. The songs are very far from concise but exhibit a playful malevolence that is nevertheless enjoyable. All but one of these 19 tunes are under five minutes in length, with many being less than two. I don't think they were kept short to gain more attention for radio airplay: the only hooks these songs have are the squelchy electronic kind that dig into your brain. Though as far as dirty basement scuzz goes, this is some of the best available.

Nigel Ayers has a knack for naming songs. I'm sure he had quite a hand in giving these their names because reading the list is almost as fun as listening. “Inner Riot Cola” starts the disc off and sets the right mood with a bit of microphone fuzz and a voice saying, “Hello. I'm talking very highly...my voice will be slowed down when I play it back, and it will sound normal.” The high pitched voice sounds remind me of a soda drinking kid who has had too much caffeine, and I considered the rest of the disc in light of that voice, as it is filled with the same playful exuberance and boundless energy that children know. Unhampered by rules and regulations The Pump made up its own musical game, owing little to other styles and trends. In doing so they attacked rigid minds in an attempt to break them down. This is nowhere more evident than in “The Eleven Thousand Year QC,” a rambling science fictional monologue and political diatribe. One of the things I admire about Nigel is that he has never shied away from making his music political, and in this song the words “duty experiment” are mentioned for the first time, a motif that he explores more thoroughly in the guise of Nocturnal Emissions. Read in a stately monotone it sounds like a newscast from a far dystopian future, with peculiar electronics lurching underneath it all.

The next song ,“Earth Vows,” is one of the best. The ebb and flow of ominous phase shifters is accompanied by what sounds like telemetry and smothered hand drums. The false hints of melody fade in and out obscured by speaker hum. “Futures Unlimited” has a static drum machine beat, nostalgically cheap and dated sounding, with a warbling bass line that keeps it all together. It doesn't matter that the bass and beat aren't exactly in sync—it's like they are there only to give a context to the other spastic and dithering noises. “Slangy Policies” is another gem: a synth stonewashed in reverb has the focus now, accompanied at times by vaguely martial percussion. “Bats Fist” is another teetering and gnarly bit of synth slush. This is the kind of noise I like, stuff that is not reliant on volume levels to make an impact, or on shrillness, but is composed of wobbly textures that make me feel unbalanced, mentally and otherwise. “In A Box” is a sound poetry piece, with Caroline K's voice mixed with a clutter of debris.

Briefly on “Unsoiled Nukes” things sound like they could blast off into a kraut-infused free-for-all where the rhythmic elements might finally find some cohesiveness. At 53 seconds though it just doesn't last (I love it anyway). Attention is paid throughout most of the songs to the mixing specific sounds to either the left or right channel exclusively. Nowadays, while panning is just one trick in an arsenal of studio techniques, most albums tend to be more subtle with it, but I like it when things are panned hard to one or the other side. “Is it something I said?” is the longest song on the disc, and sounds like it was recorded at a live performance, as it has a much more mono sound then the rest, and whooping voices can be discerned in the background. Of all the tracks it is the most visceral and has the most squeal. I like the garbled and melted sounding voice that taunts throughout, making the unnerving buzz and unyielding oscillations tolerable (left alone I don't know if they would be).

Some of these songs were included on the Nocturnal Emissions “Lest We Forget” 4xLP+7" set from Vinyl-On -Demand that came out in 2008. This disc however includes all the material released by The Pump and is thus a perfect edition for the serious collector.