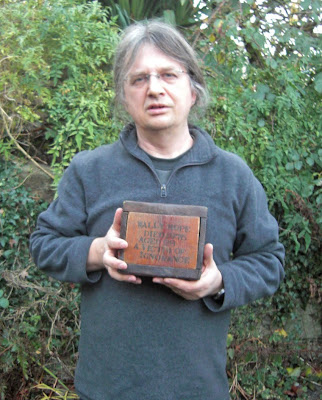 Endo-cannibalism in the making of a recent British ancestor

Following his death in 1975, the ashes of Wally Hope, founder of Stonehenge People's Free Festival, were scattered in the centre of Stonehenge. When a child tasted the ashes the rest of the group followed this lead. In the following decades, as the festival increasingly became the site of contest about British heritage and culture, the story of Wally's ashes was told at significant times. His name continues to be invoked at gatherings today. This paper discusses these events as 'the making of an ancestor', and explores wider contexts in which they might be understood. These include Druidic involvement in the revival of cremation, Amazonian bone-ash endo-cannibalism, and popular means of speaking of and to dead relatives. In addition to considering the role of 'ancestors' in contemporary Britain, the paper contributes to considerations of 'ancestry' as a different way of being dead, of a particular moment in the evolution of an alternative religious neo-tribal movement, of the meanings of 'cannibalism', and of the ways in which human remains might be treated by the bereaved and by various other interested parties. 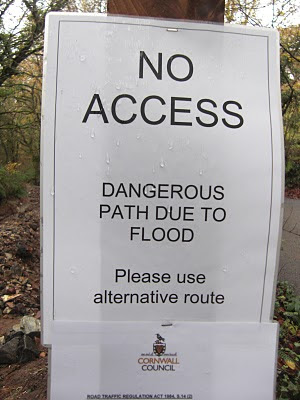 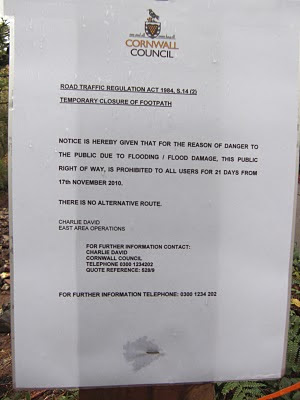 Free Festivals, UFOs and the 1970s 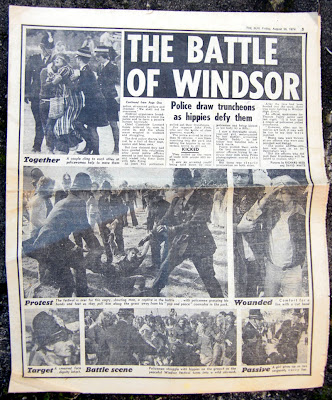 At the age of 16 I began spending my summers hitchhiking around the UK. Along my way, I attended various Free Festivals, notably events in Windsor Great Park in 1973 and 1974. The ethic of these festivals was completely different from that of commercial pop festivals, then or now. The Free Festivals were effectively mass proletarian squats of land, organised on an autonomous DIY-ethic of "bring what you expect to find". Free communal food supplies were organised as well as free entertainment in the form of "underground" rock acts & their light shows, often by "name" acts of the time - Hawkwind, Gong, as well as dozens of more obscure and unknown acts including the electronic band Zorch, the Stranglers, Joe Strummer's 101ers.

Arriving early and leaving late at these events, which tended to last for weeks rather than days, I got acquainted most of their organisers, I also found myself being interviewed and photographed by national newspapers. The ad hoc way these events were organised meant that people from the libertarian far left were joining forces with lifestyle anarchists others with far more right wing brands of individualism. Members of authoritarian cults such as the Hare Krishnas rubbed shoulders with anarcho-capitalist dope dealers, Hells Angels, gay liberationists, rock entrepreneurs, weekend hippies and quite a few ordinary normal people.

The 1974 Windsor Free Festival took place - without Royal permission - in the park adjoining the royal castle. The national press pretended to be scandalised by (true) stories of giveaways of thousands of tabs of LSD, public nudity and open cannabis smoking. After 10 days the festival was brought to abrupt end by a violent eviction carried out by hundreds of police officers. At one stage I myself was arrested and roughed up by three police officers, but several dozen public-spirited citizens helped enable my escape. Many of my friends were not so fortunate and ended up in police cells. I spent a night or two in a friend's house in London, then took up an invitation to join Fort Wally, a dissident camp within the Stonehenge complex, which I had briefly visited earlier.

I stayed for a few weeks in Fort Wally, a camp of 30 or so people, close to the Stonehenge monument in a communal geodesic dome.

There were many different motivations behind the people at the camp. Some were obviously from highly privileged backgrounds, some were minors who had run away from abusive parents, some were petty criminals and addicts, some were mentally ill, some were hardcore mystics and some were teenaged hedonists. During my time there, I managed to gain an access to the central circle of stones, to which the public are nowadays generally denied. On one occasion this was by vaulting a barbed wire fence, on others we were let in by the official custodians. The Stonehenge monument I found mysterious but disappointing. Stonehenge lacks the subtle aesthetic appeal of a site such as Avebury or indeed many of the thousands of smaller Neolithic sites scattered over the British Isles and Continental Europe. However, I became fascinated by the belief systems of the people I was associating with at the camp, and how their theories failed to measure up to experienced phenomena. Their faith in a DIY culture was one that I continue, perhaps naively, to share. Lifestyle anarchism was one which I had most difficulties with. I have never had the desire to live for any length of time in a commune, and I never embraced the primitivism of some of those who went on to become teepee dwellers. Recreational drug use had some benefits and many disadvantages. Already a long term sceptic, I took the mysticism with a pinch of salt. Nevertheless, I was intrigued by the layers of meanings this prehistoric site had accrued.

One incident in particular stands out in my memory. On the night of the full moon, around midnight around 20 of us were admitted inside the fenced enclosure to the centre of the stones by a friendly night security man. Having got there, and having no unifying religious or scientific background, I wondered for a while what we were supposed to do. Someone suggested holding hands and chanting Om. I thought this suggestion was silly, as I couldn't see the relevance of a Hindu mantra to a European site of largely unknown origins that by all accounts predated that living Asian religion. But for want of a better plan, I joined in, staring at the night sky as we all chanted Oooooommmmmm. After a few minutes three objects appeared from the distance and flew high above our heads. There were three coloured lights on each of these objects each forming a triangle. I interpreted these objects to be helicopters from one of the nearby military bases and a coincidence that they should be on full-moon manoeuvres at same time we were omming. As far as I was concerned, the only strange thing about the experience was the helicopters were silent, I took this to be because they had been very high above us.

At the time I was unimpressed, but for some of the people there this was a very moving experience. A young man I met there, told me he felt like he was now full of an incredible energy and felt able to shout louder than anyone on earth. He also said, "Wasn't it great when the flying saucers appeared?". I humoured him. These were not flying saucers, they were triangles of light - nothing like the giant chrome hubcaps photographed by George Adamski and others. I thought the entire event was the ultimate in corniness and cliché. A circle of hippies chanting Om at Stonehenge at the midnight of a full moon - of course UFOs would appear - and of course no-one would believe me if I were to relate this story 30 years in the future. Later I learned that triangles of light belong to a certain category of UFOs and are not always thought to be of extra-terrestrial origin. Some have argued that these manifestations may in fact constitute a form of telepathic communications between the Earth Mother Gaia and her advanced primate surface dwellers. These thought-form communications often take on the appearance of shiny technological gadgetry with flashing lights, as this has been found to focus the attention of advanced primates. Years later, when working on a web site development in Dublin, I met man who told me he had been a RAF technician stationed on Salisbury Plain at this time, working on the development of silent helicopters. I think it is wise to neither believe nor disbelieve any of these explanations of what I experienced. Whether I can trust my memory of those events 30 years later is another question, but over time they have accrued a far more complex meaning for me than they ever did in my teenage years.

At the end of the summer of 1974 I was faced with a choice, either to join in an overland trek to India (in a former hearse), or to return to my Art Foundation course in Chesterfield. I chose the art course as I liked to experiment with technology, I liked the sort of art you could display indoors and I liked my home comforts.

However, my encounters with the counter culture furnished me with a reading list of unorthodox archaeology and redundant fringe belief systems. I enthusiastically consumed books such as John Michell's View Over Atlantis, Alfred Watkins' The Old Straight Track, Eric Von Daniken's Chariots of the Gods, Wilhelm Reich's Mass Psychology of Fascism. I found myself reading these books mainly as entertainment, as fiction, though I also conducted hands-on experiments in ley-hunting, orgone accumulation, and the like. The visual side of these subjects, sacred geometry, pyramids, etc fed into my art work, as did some of my more nightmarish experiences with authoritarian society, which I don't have the space or inclination to deal with right now.

Experiences in the field showed me that reality matched neither an orthodox or an "alternative" view. All sides were obviously faking their results in order to support their preposterous theories. Exploring fringe beliefs was a useful tactic at art school, as I had at that time very little interest in, or knowledge, of art history. My art comes primarily from my own experience, my understanding of art history came later. I was using my hands and eyes and body to create real things in the world and through this interaction was examining my experience of the world. Using the structure of fringe beliefs, I could explain my work in non-art terms, referring to subject matter outside the "art world". At the same time, I think I may have disappointed anyone who assumed I actually believed in the subject matter I was exploring. I was covered by the fact that similar occultist tropes were being presented as Land Art by Richard Long, Robert Smithson etc, and as performance art and sculptural objects by Joseph Beuys and many others. So my work could easily be understood as being well within the parameters of acceptable art practice.

I do not think art is a mystical process. Any mysticism accrued to art making are largely the result of the alienations imposed by consumer society, and a hangover from the religious indoctrination of earlier centuries. However, I find it is often difficult to explain the processes of art-making, especially the "life" of art outside the "author" in any other ways than those of Magick. Magick, like post-modernism is a lot to do with manipulating symbols to influence consciousness. From whatever ethical, religious or political standpoint you take, to work in art is to work with real things and to do with exploring the fabric of reality, it is also about sharing that exploration and experience with other people.