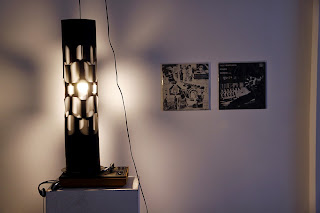 "The England in the 1970s witnessed the emergence of industrial music bands involved in a counterculture that operated as a platform of exchange between the arts. The industrial movement committed an elaborated thinking between graphics, music, performance and video art in an experimental framework and under the increasing influence of technology. Some emblematic artists of this movement were aware of the important role of the media and the new form of power that went along with the ability to manipulate mobs.

The exhibition "Persuasion: Industrial music and mind control (1975-1995)" highlights the visual productions of industrial artists that reveal a growing interest in mind control. A regular practice of mail art and collage allowed industrial artists to design album covers, fanzines and posters as a means of spreading their music to a wider audience. These artistic media reflect today a prolific visual culture with an interest for mind control. This phenomenon is presented here in three sequences identified by the titles of some songs or videos. The sound and image in mental conditioning (How to Operate Your Brain), the surgical experience in psychiatry (Suture Obsession) and the sonic warfare of industrial music (Nothing Short of a Total War) establish a link with science from the military in the 1960s and 1970s. Referrals, perpetual détournements and quotes that feed industrial culture from military researches are manifested by the development of a unique underground press. The Industrial News magazine by Throbbing Gristle and the RE/Search publications give examples of these strategies that reveal the aesthetic of industrial music. 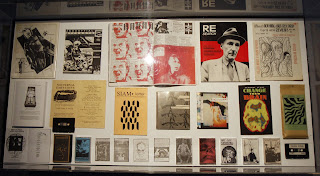