So Ian and myself set off from Cornwall on  a Saturday morning to Salisbury Plain - bright and early as the A303 is likely to be gridlocked. Traffic was pretty slow, we took the turnoff past the horror that is the Stonehenge Experience,and then...after a while..
along this single track road across the Plain, on roads that are built for tractors and moving troops around. 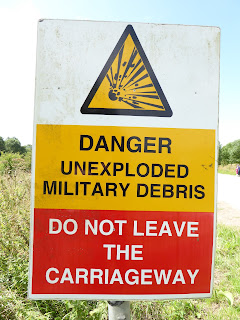 There’s a lot of vintage  red double decker London buses out, and lots of people out for the day. This is the one weekend of the year that the public are allowed into the Imber ghost village. 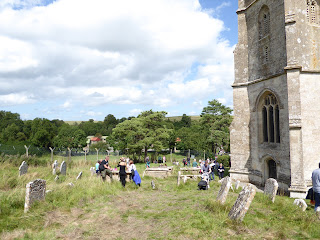 This village was evacuated in 1943 - and has been used for military training ever since. There’s lots of signs up telling you not to pick up anything that might be an unexploded bomb..well I go for a pee in the bushes behind the car park and find this little unusual metal kind of thing, that looks like it may be some sort of a detonator, er maybe the sort of a thing that a person might pick up and it blows their arm off…so maybe I won’t take that home with. me. 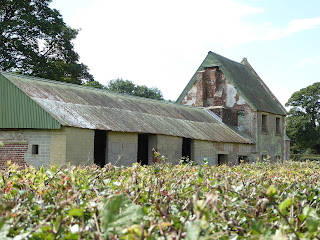 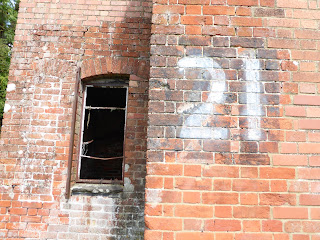 So there’s the village of Imber, presenting very post-Brexit image of rural England, families picnicking by the barbed wire that surrounds the 16th century  church, a windowless pubs and farmhouses..the militray industrial complex rooted in the chocolate box rural.


Somehow there’s a bit of  a Scarfolk vibe going on ---  time has become a loop – and we’re living through a time of power cuts and UFO sightings and cold war paranoia and the BBC Radiophonic Workshop.
So after while, we set off to the New Zealand farm, where this Delaware Road festival is happening in - just back down the track a bit. It's a military training site surrounded by barbed wire & surveillance towers . My bag gets  checked over by security --- no they aren’t suppositories, they’re earplugs----

The camp site is good and has clean enough portaloos. There’s a couple of spent bullet cases where we pitch the tent. 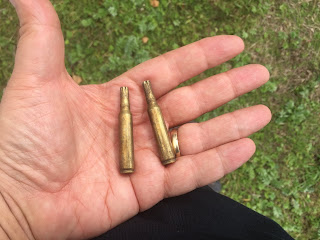 I’m guessing there’s an air of paranoia in the concept behind this festival, but I have to say, in the past I’ve been to some seriously bleak and fairly scary  pop festivals, this was in no way one of them.. This one is lovely, there’s a set of concrete buildings, called STONE TENTS, with some spaces as big as a sitting room, some as big as maybe a classroom, and a biggish Nissen hut for the main stage. And most of it is indoors, so there’s very little sound leakage form one venue to another. It’s ideal for left field electronic music and sound and video installations, and that’s what there are here.


A beautiful re-purposing of a space normally used to train people to kill other people. Well, if you don’t think too hard about that, it’s great.

The beer is good and there are number of trajectories I could have taken.. there’s a few faces I recognise: snookering synth superstar Steve Davis is here, the Well Weird West crew from Yeovil have a bunker to themselves, there's people we see on the weirdy music circuit - if there is such a thing..

Theres' something strange set up in the back of a van: 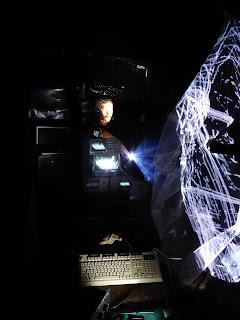 There’s 40 acts in 10 hours, and mostly there’s about three things I want to see on at once.

Best thing is to give up on planning and just wander around....

Penny Rimbaud doing a Q;A about the old days in Crass and then some of his beatnik poetry 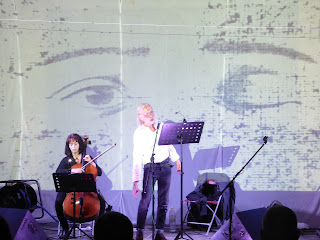 Sarah Angliss gives  talk on a man who sold fall out shelters in the 80s and the ridiculous Protect and Survive monthly magazine.
Ian Helliwell – with some sort of tiny video projecting sound to light &;what looks like a battery powered interociter  on his desk.

Howlround –– in a room crammed with people and tripped out projections. – 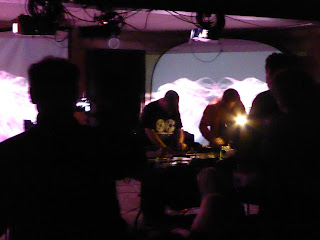 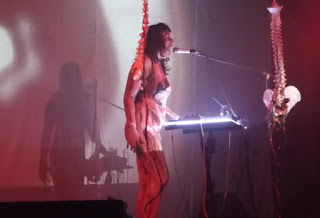 ..a siren goes off... a procession with green faced morris men ... 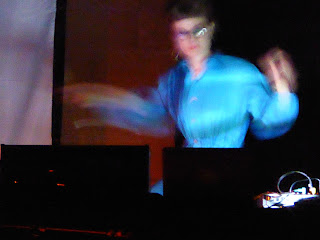 An amazing bit of organisation by https://buriedtreasure.bandcamp.com/.
All in all a brilliant weekend! 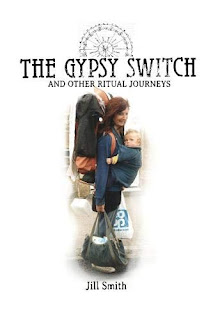 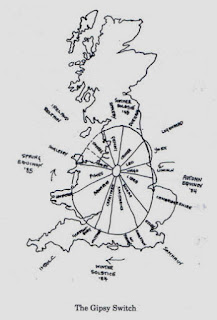