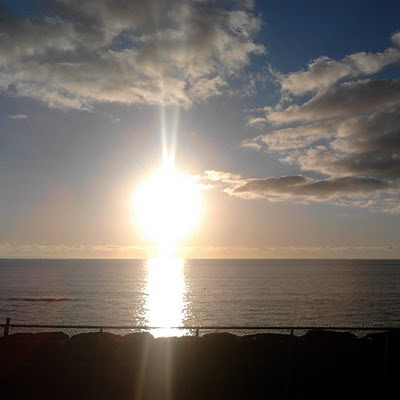 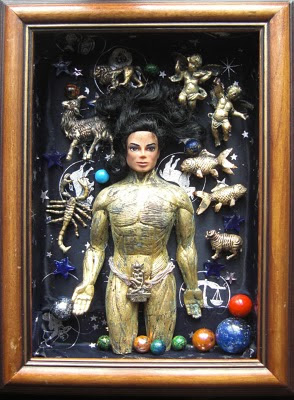 A little bit of footage of the cop I decorated with fluorescent green paint when he was beating up a peaceable member of the public at the Windsor Free Festival back in 1974. see my earlier blog about the free festivals.

The still image was in The Sun newspaper the next day (below) , the movie footage is from "Festival Britannia", which was broadcast on BBC4 in 2010.

The soundtrack is from "Extraordinary Rendition" by Nocturnal Emissions, 2010. (coming soon..) 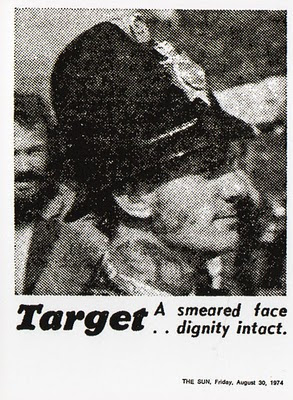 29th August 1974,
After a week of low-key harassment, a horde of vicious coppers are wrecking everything at Windsor Free Festival. The boys in blue have dragged me out of my tent in the early hours of the morning and now the bastards are roughing up the young women running the free food kitchen that has sustained me for the week. I’ve a pot of fluorescent green poster paint in my pocket I’ve been carrying round for a while, thinking maybe I’ll do a bit of body painting with it or something... I chuck the whole pot over a particularly violent rozzer. The next thing I know this big ugly cop and two other flatfoots have jumped on me, they’ve got me down on the floor, twisting my arms up my back and dragging me along the turf by my hair in the direction of their Black Marias. “You’re nicked “they might have said except thirty or so public spirited citizens jump on top of PC Plod & his mates and somehow I get squeezed out from underneath this mass scrummage like a freshly ejaculated spermy thing.

I run off and swap clothes with a mate so I’m disguised and won’t be recognised. Later that night, I spot the big ugly cop he’s not bothered to clean himself up, he’s still got the paint on his face, dirty bugger. Next day he’s got his photo in The Sun “Target- a smeared face .. dignity intact” reads the caption. Oh I get it, propaganda. Dignity my arse, he was a thug.

It was a long time ago, but I kept the newspaper clipping, dull and monochromatic and old-school though it was. The coppers’ uniforms look like something out of Enid Blyton, that’s why they were called Plod. Hippies look funny. But it was good to be involved in that counter-cultural stuff.

The Free Festivals were amazing examples of good humoured insurrection, especially the Windsor one, squatting in the Queen’s back yard. Now everything’s so commercialized and you’ve got digital entertainment coming out of every orifice, the rich have got richer and the poor have got poorer and politicians keep mongering these horrible wars and it’s all for corporate greed. And sometimes it feels like there just isn’t any opposition any more, and then something wonderful happens, like Charles and Camilla get paint-bombed and the Tory HQ gets trashed and loads of what the ruling class doesn’t want you to know, but you know anyway but can’t really prove ,gets published by Wikileaks and you think, well maybe there’s hope for us all yet.

The other night there was this documentary, Festival Britannia, about the old festivals on TV and there’s footage of Windsor in it I’d never seen before and there’s a few seconds of the big ugly cop in it, this time in colour. I think I did a good job of the paint work.
Posted by --((()))--- at 02:36 1 comment:

The Lion of Goonzion - Landscape Giant embedded in Google Map 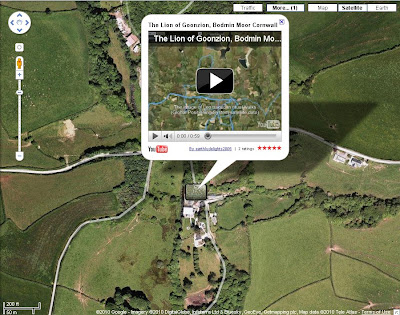 Many sightings of the Beast of Bodmin Moor say that it is lion-like, this could be a thought form emanation from the Leo Zodiac outline, which in turn may indicate the boundaries of a Mesolithic (and later Celtic) tribal area.

Leo’s body lies over Goonzion Downs, he is the Lion of Goonzion. Leo also stands on the village of Ley, it could be said that he is a “Ley lion”. Another place name that makes up his outline is Luna. Luna is the Latin name of the Earth's Moon as well as the Roman moon goddess Luna. Leo also stands over the 1412 Pant(h)ers Bridge.


This is such a dense and potentially dangerous system that attempts to give a workable summary of it would achieve nothing worthwhile.. see the book THE BODMIN MOOR ZODIAC by Nigel Ayers (2007). 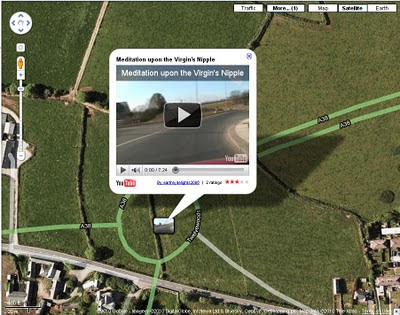 Constructed by Master Masons of the Highways Agency, The Virgin's Nipple is a ritual motor vehicle trackway designed to stimulate an erogenous zone within the Giant Effigy of Virgo in the Bodmin Moor Terrestrial Zodiac.
Posted by --((()))--- at 12:54 No comments:

This is the first film I made. It's shot on Standard 8mm film stock in Tideswell, Derbyshire, 1970. I'd be 13 years old. The cast includes myself, John Allen, Danny Ayers, Mary Ayers and Nick Buttle. The original footage is silent. The soundtrack here is from Nocturnal Emissions "Duty Experiment" CD, recorded a decade later.
Posted by --((()))--- at 04:56 No comments: 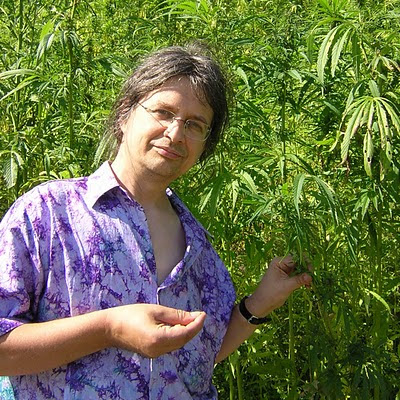